Earning while driving - with insurance

Whenever a FrodoBot is being driven, FBT will be mined and allocated based on the actual distance driven (in Km) to 3 stakeholders, namely the FrodoBot owner (30%), the virtual driver (up to 60%) and an insurance pool to be administered by the FrodoBots Foundation (at least 10%).

Much like auto insurance where experienced drivers with good driving record pay a lower premium, FrodoBot virtual drivers will also earn a varying proportion of FBT generated based on their individual driving record on the FrodoBot network.

All new virtual drivers start off at Tier-1 (earning 10% of "Drive-to-Earn" FBT) and progress towards Tier-5 (earning 60%) over time. The initial refundable "self bounty" amount staked by new drivers will also be released upon the drivers reaching Tier-5. 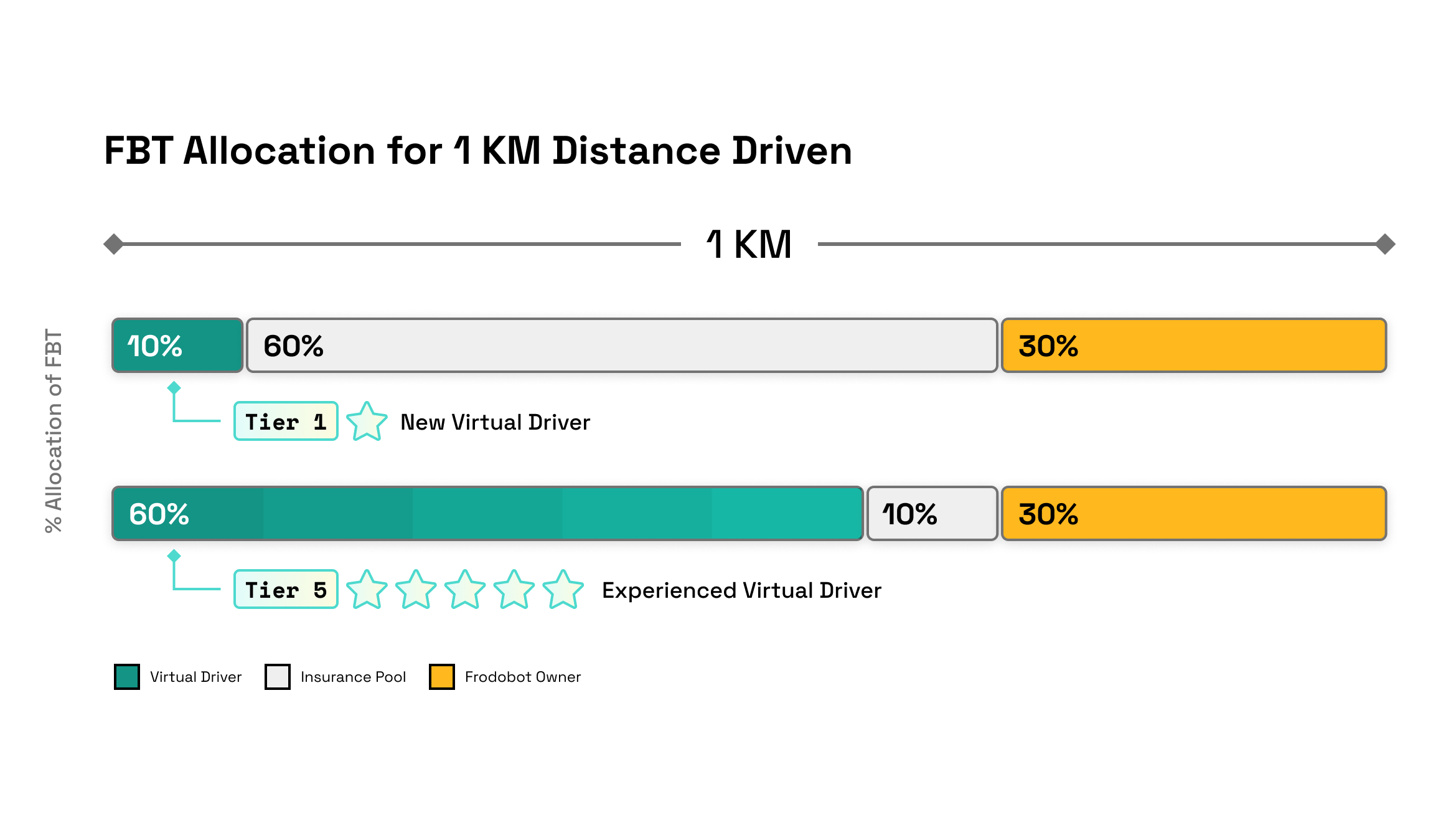 Driving for a mission

In the early stages of the network, majority of the "Drive-to-Earn" FBT is allocated towards "drives to nowhere" wherein new FrodoBots owners and virtual drivers are being onboarded to the network and gaining experience on how to maintain and operate FrodoBots in various urban settings around the world.

As the network matures over time and there is reasonable density of online FrodoBots at a given location, anyone will be able to create delivery missions, or "call a FrodoBot" to accomplish certain delivery tasks.

Such missions will be paid for with Mileage Credits (MC). Correspondingly, the proportion of "Drive-to-Earn" FBT will also lean heavily towards drives with missions (ie. paid for by MC) instead of drives without missions. 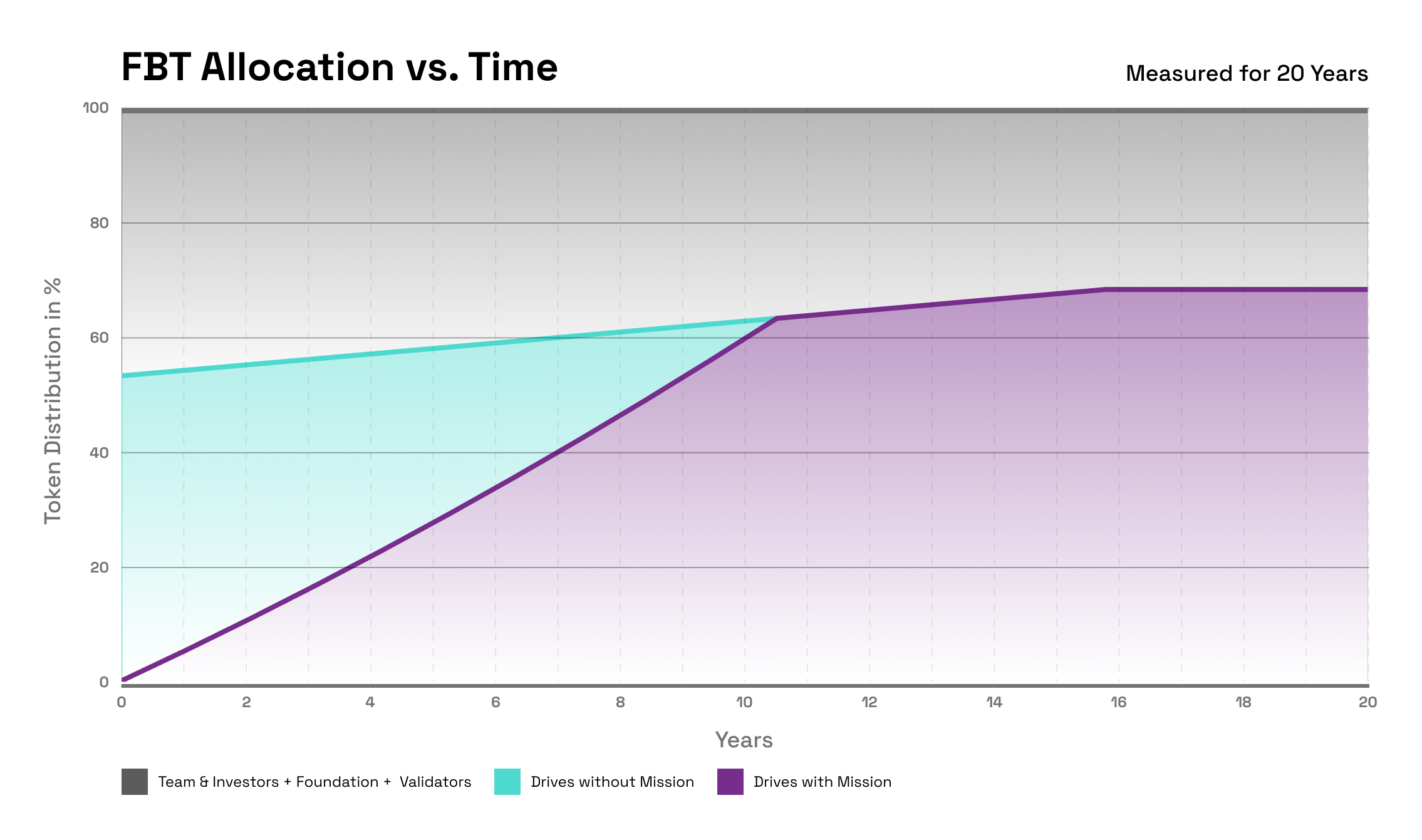